Osaka born and raised Tadao Ando is undoubtedly one of the best architects of our time and a man who, despite never getting an official degree in architecture, has gone on to win a multitude of medals, prizes and awards – amongst which the (equivalent of a Nobel) Pritzker Architecture Prize in 1995.

Since 1973 he has completed an extensive list of  projects, mainly involving public structures (such as churches, museums & theaters) and mostly based in his native Japan (with few exceptions, starting from 1990 onwards). His work is characterized by a signature use of unadorned concrete and the incorporation of natural elements (such as water & light) in his designs. Stone, wood and glass also tend to play a major role and can be found in most of his projects.

If you are not aware of any of his work and are interested in learning more, you might want to start by checking out one of his best known projects: The Church of Light (1989). Meanwhile, here’s a look at his first residential NYC project @ 152 Elizabeth Street in the Nolita district of Manhattan.

The Elizabeth Street project was commissioned by developers Sumaida + Khurana and designed by Ando in collaboration with Michael Gabellini (of Gabellini Sheppard Associates). Photos of ‘Residence 3E’, the first two-bedroom apartment to be revealed, are absolutely stunning.

Ando’s influence is clear in the large wood & stone surfaces, minimal lines and huge windows while the combination of textures, decorative details and darker/lighter hues adds a cosy feel to the otherwise “austere” interior. 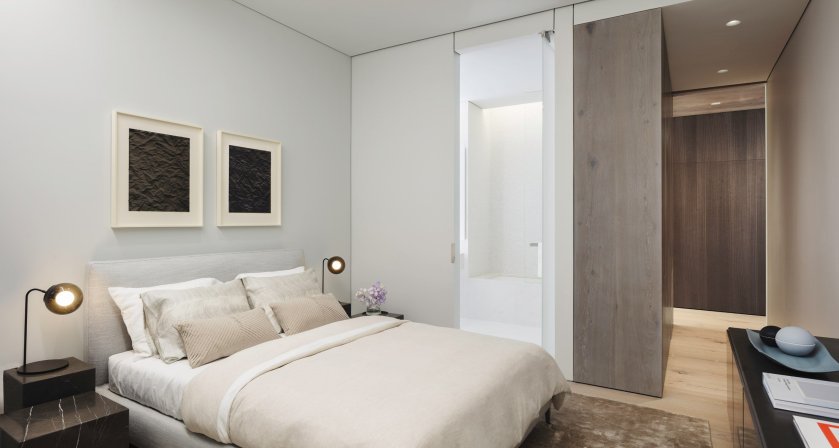 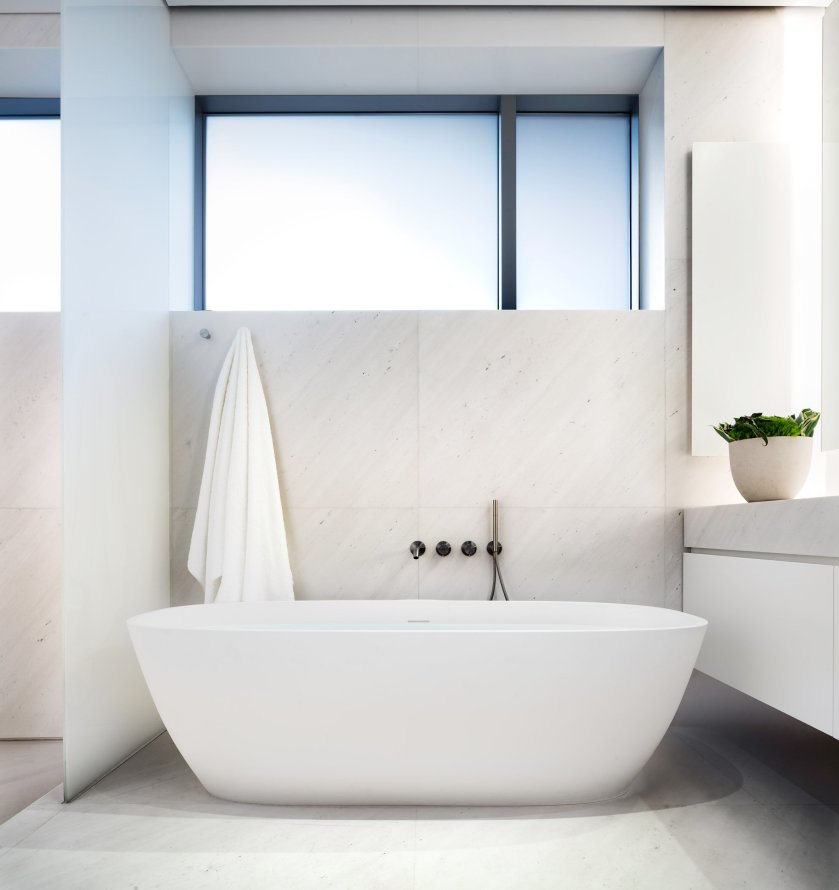 Photos of some of the other units (the residential block comprises seven, individually tailored ones) are equally, if not more, jaw-dropping…

As, unfortunately, is the price (for mere mortals, at least). For those of you who are wondering, the two-bedroom apartment featured above will set one back $6.1 million (or £4.7 million). That said, this is so totally up my alley I’d move in, in a heartbeat – wouldn’t you?